Honouring the service of our Veterans

Anzac Day is widely known as a national day of remembrance for those who have served our country. At Bolton Clarke, we have a rich history steeped in honouring the service of our Veterans. We have the privilege to know many who now call one of our community’s home.

Many of these residents are also a part of the esteemed Centenarian Club, so we asked them to share their secrets for living a long life! Galleon Gardens resident Bill celebrated his 101st birthday on 19 April. A former Leading Aircraftman, Bill grew up in the small Victorian farming community of Toora and enlisted in the RAAF at 20, working alongside the American Air Force in the Pacific during World War II.

Serving in Papua New Guinea, the Philippines and Borneo, he helped build airstrips as part of the No. 3 Airfield Construction Squadron, discharging in January 1946.

On the secret to living a long life? Well, Bill says it’s simple:

“I never smoked; I wasn’t a party boy. I always ate healthily and avoided drinking.” Alec, a resident at Inverpine’s residential aged care community enlisted when he was only 17 years old, making him on of our youngest serving members. Born on Valentine’s Day, and an only child the now 97 year old was in the Navy for 3 years and 4 months.

He was working in an office in Melbourne when he saw the recruitment office down the street. Deciding to enlist, Alec was told he would be called when they were ready for him. Six months later he was sent up and down the coast of Australia to Japan. After that, he says it was back to civilian life! 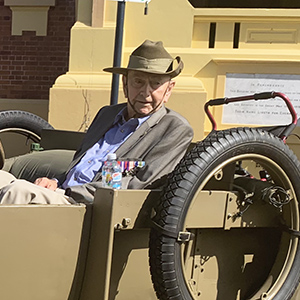 For Ralph, a resident in the Bolton Clarke Milford Grange Retirement Community, April is always a poignant time. With the Centenarian’s 103rd birthday only days before Anzac Day, he remembers with great pride the time of his service.

Remarkably Ralph is still living independently, a testament to his hardy nature. Much like Bill, Ralph credits his long life to a healthy lifestyle of no smoking, regular exercise and sensible diet high in vegetables, fruit, grains and the occasional glass of sherry. 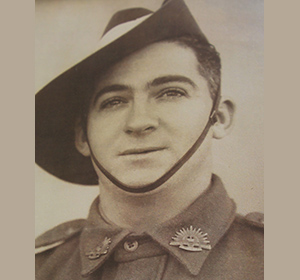 Arthur was just 21 when he enlisted for military service. He has vivid memories of his time as a graphic surveyor in Darwin and further time in Borneo and Papua New Guinea during World War II.

Art, or Artie as he is lovingly called, celebrated his 104th birthday in March and claims he still has a few good years left!  He has played a vital role in the rich history of the Bolton Clarke Fernhill community as well as the wider Caboolture surrounds which he has always called home.

Nursing a lifetime passion for Christine

On International Nurses Day (12 May) Bolton Clarke teams will celebrate the work of our nurses and carers and the difference they make every day for clients and communities around Australia.

Dancing on the tables at 100 years old!

“It’s my birthday! I’m 100, come and help me celebrate and we’ll dance on the tables,” - that’s what Peggy Guinea’s invitation to her 100th birthday celebration stated. The Milford Grange resident had a birthday to remember, with neighbours from the co-located retirement community where she lived for eight years coming to join her friends from the residential aged care, along with family, staff and volunteers.

Friends are the family you choose at Inverpine

While it was family that first brought Elaine to the Inverpine Retirement Village at Murrumba Downs, it is the friends she has made that have made it home.

Carmen and Zorro give back to Fernhill

Looking for a place with a small town feel and a bustling main street, as well as somewhere with access to transport and health facilities, Carmen and her husband Peter found everything they needed at the Fernhill Retirement Village.

Lifestyle has never been better at Galleon Gardens

Jason left the United Kingdom in October 2018, and after travelling through the Middle East and Asia had planned to spend a year in sunny Australia. Luckily for the Bolton Clarke community, he ended up staying a lot longer!

Dementia innovation given a nod at Future of Ageing Awards

The world first use of digital wallpaper in Bolton Clarke’s Galleon Gardens Memory Support Unit on Queensland’s Gold Coast has been shortlisted as a finalist in 2021 Future of Ageing Awards – Dementia Care category.

Friendship that stands the test of time

Marie Brady and Olive Pugh first met in 1944, nearly 80 years ago. In the years since, they served during World War II, married their respective husbands, had children and still manage to meet up for a cup of tea every now and then!

75 Years of Fun, Adventure and Love

Bolton Clarke Galleon Gardens residential aged care residents Harry and Helen Christian have been soulmates for three-quarters of a century. Recently, they celebrated 75 years of marriage amongst friends and family at their home in Currumbin Waters.

Residents at Bolton Clarke’s Fernhill community enjoyed a close encounter with farm animals including pigs, goats and chickens at the community’s Farm Day this week.

When Lynda McKewan moved to Bolton Clarke’s Fernhill retirement village at Caboolture, she didn’t first appreciate what a homecoming it would be.

At Inverpine, new friends are just around the corner

Jan Dale and Christine Magee are proving that at any age, new friendships can be just around the corner.

Downsizing’s the ‘goldilocks’ move for Robert and Dianne

Downsizing from their family home on a large block was the ‘goldilocks’ move for Robert and Dianne Fraser, who moved to Bolton Clarke’s Inverpine retirement village one year ago.

Village life a haven for Ellen

Ellen Campbell knows well the value of having a haven to call home. Growing up in Germany during WWII, it was her mother who shielded her and her siblings and kept them safe. For the past eight years, her home and haven has been Bolton Clarke’s Fernhill retirement village in Caboolture.

Camille Christensen knows all about the healing power of art. After two strokes, the Roma born 81-year-old says her painting has helped her through many tough times, including the past year.

Helen Christians’ exact birthdate is a mystery. She was born at home in Belfast, Ireland at the end of 1919 but by the time her father went down to register the birth a few days had passed, and the real date has been lost over time.

The sisterhood of the time-travelling purse

When Jean Rea purchased a silver purse ahead of attending the 1982 Commonwealth Games State Reception, she had no idea the item would still be bringing her joy 38 years later. But joy it delivered when the vintage purse was used by Jean’s great-granddaughter Joanna for her high school formal earlier this year.

When seated near to Thelma Young at her 100th birthday party at Bolton Clarke’s Milford Grange aged care community, you’d be forgiven for thinking you had been seated next to the Queen herself.

Residents at Bolton Clarke’s Inverpine retirement village at Murrumba Downs have been keeping busy and taking the lead from their grandchildren to produce some extraordinary clay modelling artworks during the coronavirus pandemic.

When Bolton Clarke Fernhill opens in just a few weeks’ time, visitors and residents may recognise some of the names given to key areas of the new state-of-the-art residential aged care community building. Among them, the name of Matron Gwenda Shaw, who was an aged care nurse for 30 years, spending 18 of them working at Fernhill. She was often referred to as ‘Caboolture’s Florence Nightingale,’ the ‘angel of aged care.’

Overseas travel restrictions have been no barrier to fun for residents at Bolton Clarke’s Galleon Gardens aged care community in Currumbin Waters, who recently enjoyed a magical trip to Disneyland from the comfort of home.

Residents at Bolton Clarke’s Inverpine aged care community in Murrumba Downs have been enjoying all the perks of a supermarket at their front door, thanks to an ingenious solution from Bolton Clarke Diversional Therapist Rekha Singh. The mini mart, which has been open for business since 2016, has increased in popularity and frequency while residents are socially distancing.

One of life’s great pleasures is enjoying a meal made from food you’ve grown in your own garden. It’s a pleasure keen gardeners at Bolton Clarke Inverpine residential aged care community celebrated this week after a bumper vegetable harvest from their raised community gardens.

Residents at Bolton Clarke’s Milford Grange community at Ipswich were on a good wicket this Australia Day long weekend when the inaugural Bolton Clarke ‘big bash’ was hosted in their backyard.

Helen Christians was born in Ireland in December 1919 on a date that has remained a mystery - but that didn't stop celebrations for her 100th birthday at Bolton Clarke Galleon Gardens.

The secret to a long and happy life? Gratitude, according to Inverpine resident Thelma Sprott, 103.

The sights, sounds and tastes of the Ekka came to Bolton Clarke Inverpine at Murrumba Downs in August when residents, relatives and Bolton Clarke team members enjoyed the annual “Royal Inverpine Show.”